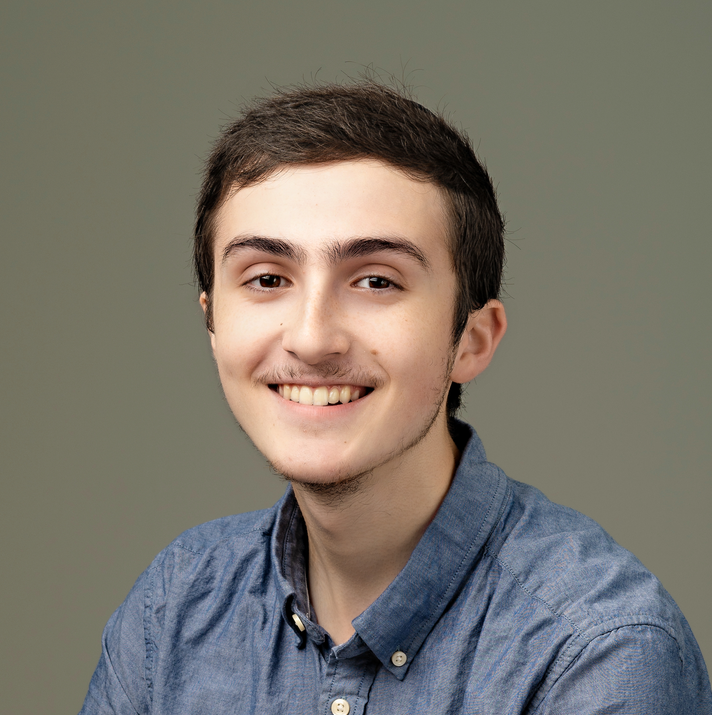 Google Chrome is currently the primary browser of more than 2.65 billion internet users, up from 1.29 billion in 2014.

You’re about to see a list of up-to-date Chrome usage statistics.

Number of Chrome Users/How Many People Use Chrome

In 2011, Google Chrome took over Mozilla Firefox's market share and then just kept going. It is now the most used browser anywhere in the world. While it doesn't have more than 50% of the user base in every country, it is the top browser in every country globally.

It is estimated that there were about 4.66 billion total internet users in January of 2021. This means that more than half of the active internet users in the world choose to use Google Chrome as their browser.

This is especially impressive because Google Chrome is often not the default browser on systems like Windows. But it is adapted to run on many different operating systems, both on computers and on mobile devices.

Google Chrome is the web browser that was developed by Google. As such, it isn't a search engine by itself. But it does use Google as its default search engine.

Google is by far the most-used search engine in the world. More than 90% of searches can be attributed to it. It's estimated that there are more than 7 billion searches on Google every month.

Google Chrome has a variety of browser extensions and add-ons that can help businesses with search engine optimization. These track the monthly volume of searches for different keywords.

By targeting keywords, businesses are able to rank more highly in searches by their target audience, thus improving their sales.

Monthly Search Volume of Chrome in the US

Chrome accounts for about 50% of internet usage in the US. There are hundreds of thousands of downloads and updates every month.

Since Google is the default search engine for Chrome, much of Google's search traffic comes from Chrome.

What percentage of internet users use Google Chrome?

Though there are slightly fewer internet users comparatively using Google Chrome now than there were in 2019, Chrome still corners a whopping 65% of the market. That's across all global devices including computers, phones, tablets, and gaming consoles.

The drop-off in percentage may indicate that Chrome is unlikely to grow much more, however. The browser has taken over well over half of the internet's population. There simply aren't enough users left to allow for potential exponential growth.

No matter what country you look at, Chrome has the largest browser market share. It is the top choice of internet users in every corner of the world.

The only areas in which it sometimes underperforms are in mobile and tablet preferences. In some countries, Safari edges Chrome out in this regard.

In the US, Chrome only has about 46% of the market share as of 2021. While that's still the top browser, it is much lower than the global average.

By contrast, over 85% of Indian users have Chrome installed on their devices. Google Chrome is so ubiquitous in India that other browsers are almost unheard of.

In China, Google Chrome is the preferred browser on almost half of all mobile devices. That's significantly more than in the US. In fact, Chrome is more preferred on mobile devices in China than on laptops, which is the opposite of typical US trends.

Google and Chrome occupy very different market spheres. Google is part of the search engine industry. It has almost a monopoly on the global market, making up well over 90% of the market share.

Chrome's market share is measured by different internet browsers. To be successful, Chrome needs to be a preferred browser when compared to competitors like Safari, Firefox, and Microsoft Edge.

While Chrome doesn't have the same browser market share as Google's search engine market share, it does make up well over half of the worldwide market. In fact, it has triple the global share of Safari, which is its biggest competitor.

When you look at Chrome's statistics on desktop, this is where the browser really thrives. Safari often comes installed as the default mobile browser on mobile devices, lending it a competitive edge. But that's not the case with many computers.

Google Chrome is by far the most preferred browser for desktop users, making up about 66% of the total market. Since Safari is downloaded much less often, it is only about 1/6th the total share of Google. In fact, Chrome has triple the market share of its next two competitors combined.

It is difficult to find statistics about Google Chrome's usage among game console users. This is by far the smallest category of market share for Chrome. Most game consoles come with a different default browser, and Chrome has not been optimized for most gaming systems.

Google also lacks an edge on consoles. In fact, consoles are one of the only devices on which Google's competitor Bing has a massive market edge.

It's easier to look at the statistics for tablets. Besides game consoles, tablets are where Chrome struggles the most. In some countries, Chrome is the top used browser for tablets. But in others, Safari manages to outcompete it.

Even though Google is based in the US, it is dependent upon its global usage to maintain its market share.

In the US, Google's market share is much lower than its global average. In addition, Safari has a much larger market share in the US than throughout the rest of the globe.

This indicates that there are many more Safari users in the US than in the rest of the world. The Safari usage cuts into Google's potential for US market domination.

While Safari is very unlikely to outpace Google on a global scale anytime soon, it does have the potential to overtake Chrome in the US.

There would need to be significant market shifts for Safari to realize that potential, though.

Since many people are committed to their browser of choice, there would need to be an incentive for many US internet users to abandon Chrome for Safari. Currently, that doesn't seem like a likely possibility.

The vast majority of Google's ad revenue comes through search advertising. In fact, only 29% of the revenue comes from other sources.

That's technically related to the Google search engine, rather than the Chrome browser. But there are several ways that Chrome contributes to these numbers.

For example, Chrome helps to optimize ad revenue by tracking users and creating advertising profiles based on the type of content they interact with.

Another example is Chrome's research extensions. There are multiple extensions built by Google that allow businesses to research exactly how to rank in the searches for their target audience.

Not only does this improve marketing for these businesses, but it also improves the click through rate for Google advertisements.

However, Google doesn't quite have the highest click through rate of any search engine. Analysis shows that Bing has a much higher rate of advertising engagement. This may be partly because Bing's userbase skews older, with individuals being more likely to click on ads.

Google Chrome is developed and maintained by Google. Rather than being a company of its own, it is one of Google's assets. As such, it's difficult to get a clear idea of the net worth of the browser itself.

However, Google as a company has a value of over $1.7 trillion. It stands to reason that a good deal of that value is because they operate the most-used browser in every country in the world. In addition, Chrome generates over $100 billion in ad revenue on an annual basis.

There is no way to buy stock in Google Chrome alone. But the browser does represent a large portion of Google's overall worth.

In how many languages is Chrome available?

It is possible that Chrome will be developed and launched in more languages in the future. If there is a high demand for access in a certain language, the developers are likely to pay attention.

But since Google Chrome is already the top browser in every country, there may not be very much incentive to develop it in niche languages. That said, it's very impressive that the browser has been launched in nearly 50 different global languages.

In how many countries is Chrome available?

Google Chrome is used in every country and territory in the world. It is also the most used browser in every country, giving it almost a global monopoly. There is no competitor that comes even close to having Chrome's global reach and userbase.

Chrome is used on billions of devices all over the world. Whenever people launch the internet on these devices, they use Chrome as their default browser. That means that there are billions upon billions of browser sessions each month.

Similarly, Google itself has billions upon billions of searches every month. It is often the default homepage for people, and many internet users use it to navigate to larger websites.

Most Popular Searches on Chrome Worldwide

Rather than typing a URL into the search bar, many people simply search Google to find the website they want.

US-based users might be surprised to hear that the third most common search is for the Whatsapp web client.

But Whatsapp is actually the most used messaging app in multiple global countries, such as India, Kenya, South Africa, Argentina, Nigeria, Malaysia, Colombia, and Brazil. In all of these places, more than 90% of people use Whatsapp as their main online messaging tool.

Most Popular Searches on Chrome in the US

Over the course of 2021, Google tracked its most popular searches. These were published at the end of the year as a sort of "year in review."

For example, the top searched term in the United States in 2021 was NBA. But for several months, names like Gabby Petito and Kyle Rittenhouse made the top of the list.

These were people who were the subject of intense media scrutiny and national headlines, so the trending searches make sense.

Google also broke down its most popular searches by state for every month of 2021. The result gives you an interesting view of the priorities of people in different regions of the US.

People use this browser because they believe it is better than the alternative options. Chrome offers a high rate of user satisfaction due to its high level of customization and multiple convenience features.

It has a web store with hundreds of thousands of extensions that can be used to customize your experience. For business owners who use Google-based SEO marketing, the Chrome extensions for keyword tracking are a godsend.

Chrome also has several ways to increase user privacy for those who don't want to be tracked.

Most of the extensions in the store have been downloaded under 1,000 times.

Chapter 11: Statistics on Chrome During the Coronavirus Pandemic

Chrome is owned by Google.

How old is Chrome?

How does Chrome make money?

Most of Chrome's money comes from the search advertising features. In fact, more than 70% of the company's revenue is related to this. Then there's additional revenue from the sale of Chromebooks and for-pay web extensions.

Which country uses Chrome the most?

Google Chrome is one of the most popular web browsers in the world. We hope this article has enlightened you about its market value! 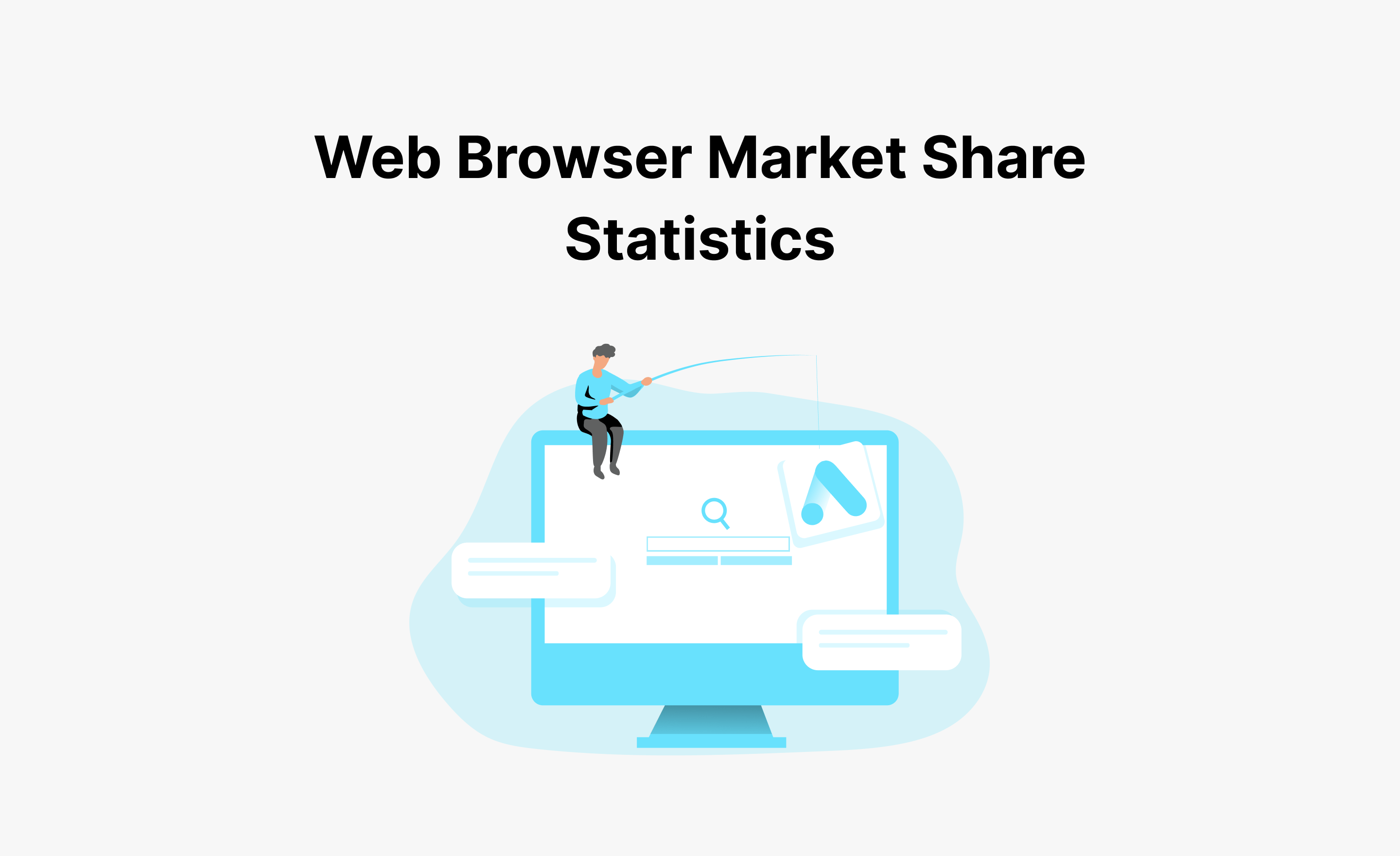 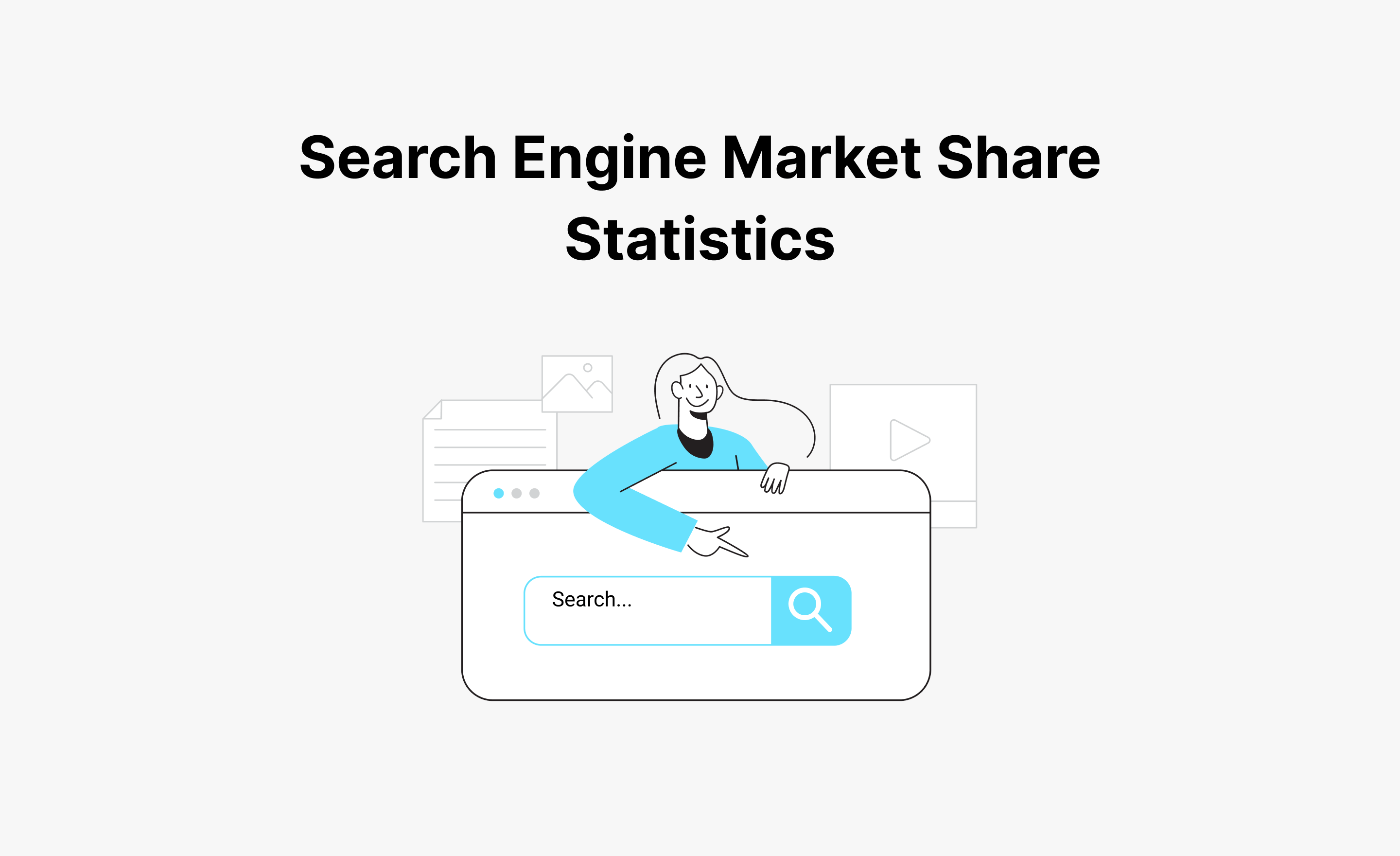 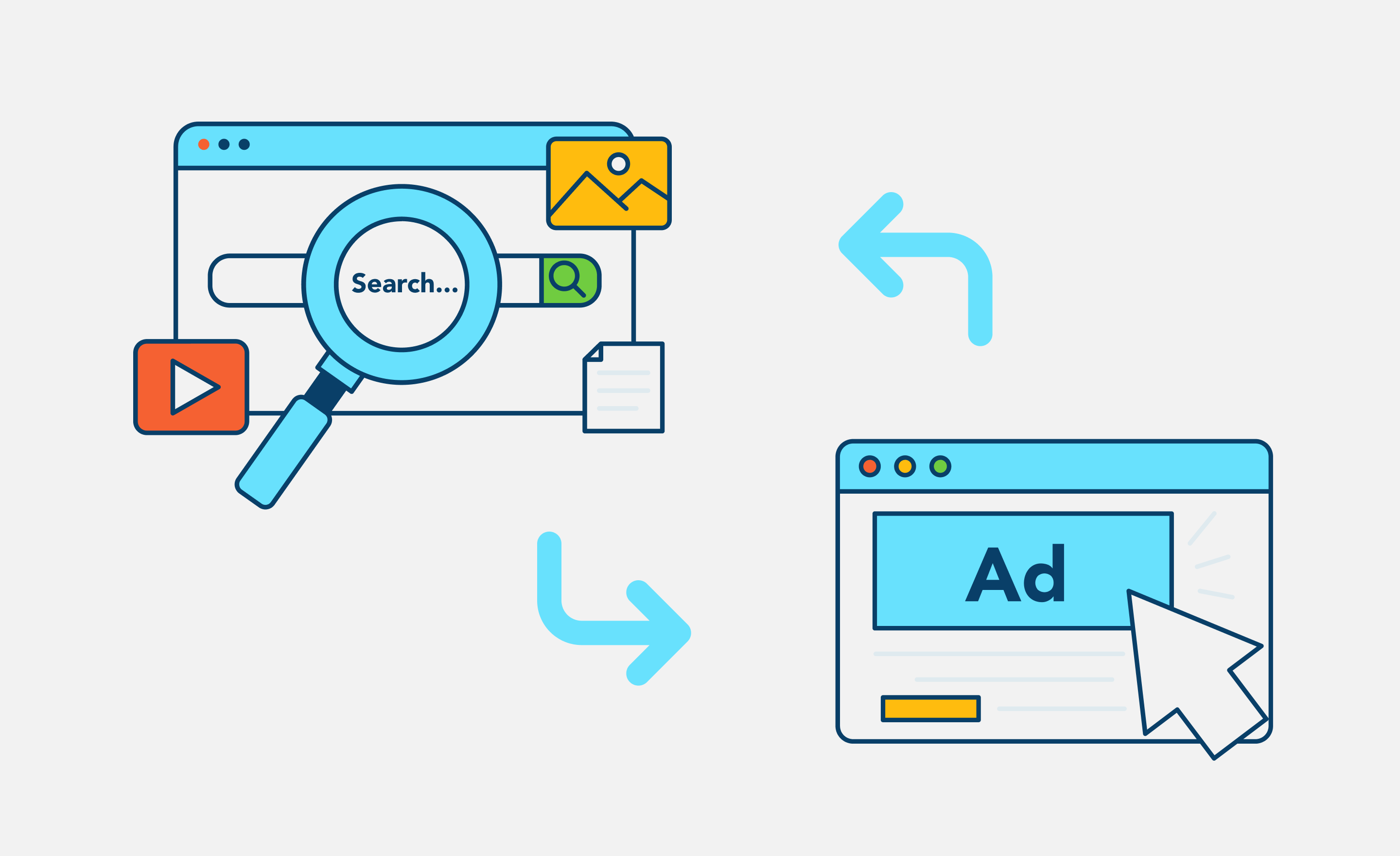 How Many People Use Bing? 51 Bing Statistics

You'll know if we're a fit after just one call.